Coastal Drains are a local drainage company offering a full drain unblocking and repair service to customers in Bognor Regis.

We specialise in blocked drains, toilets and sinks and are on hand to get to you quickly and fix your problems efficiently.

We offer emergency call outs and insurance claims. So if you have any problems at all with a blocked drain in Bognor Regis, then give us a call. We’re available 24hrs per day, 7 days per week and will give you the best advice and help get your drain problem fixed swiftly and effectively at an excellent competitive rate. 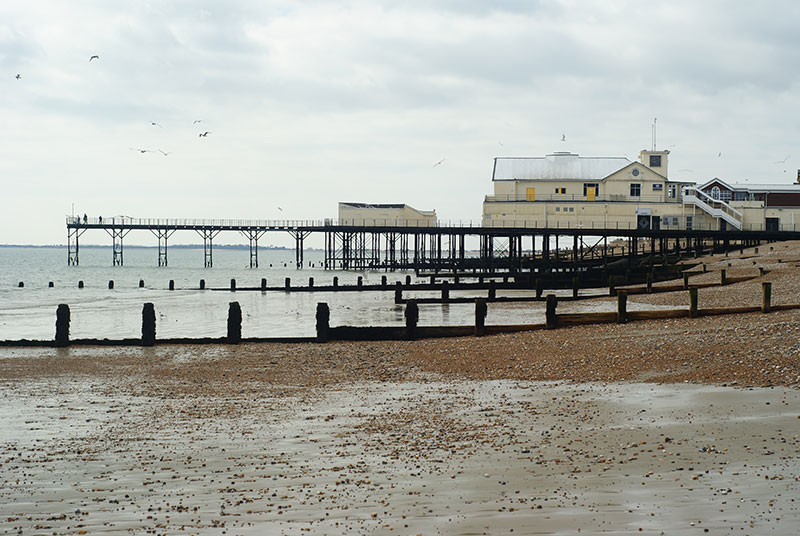 The beautiful coastal seaside resort of Bognor Regis is located in West Sussex in the South of England. Bognor Regis may seem like a rather normal, uninteresting place. However, the truth is quite the opposite. Bognor Regis has a very remarkable history. Bognor Regis began as a simple Saxon village, for centuries remaining just a hamlet. The inhabitants made a living through simple trades such as fishing and smuggling. Bognor appeared in a document of AD680 as Bucganora – Bucge’s Shore – which referred to a landing place for its owner Bucge, commemorating a Saxon woman and King George V’s accolade. She is one of the few Saxon women that you will find commemorated in the place names of Sussex.

The Birth of a Seaside Town: Bognor Regis

However, Bognor Regis was changed forever when a rich London hatter named Richard Hotham came to visit. Like many others, he was drawn to the seaside expectant that the seawater was a cure for all sorts of illnesses. Among the wealthy, trips to the seaside for health rehabilitation by swimming in the water was common. As a result, seaside resorts such as Brighton, Hastings and Eastbourne grew rapidly in population number due to the number of tourists rushing to their shores.

Bognor Regis was no different. Mr. Hotham decided to create his own seaside resort at Bognor, planning to name it Hotham after himself. Modesty was perhaps not a strong point. However, he was determined it would be a more genteel resort without the rowdiness and crowds that other resorts commonly suffered from. He had spent three consecutive summers staying in a nearby farmhouse and decided to purchase it for rebuilding.

Now, there was only one pub in Bognor. Hotham bought the pub and the 1,600 acres of land around Bognor. The pub he converted into a 17-room hotel. He also built an ‘entertainment building’ which had everything a person of wealth would need such as; a library, newspaper reading room, milliners shop, and bathroom, where you could bathe in warm sea water – perfect for the classic cold English weather. He also built two terraces, Hotham Place and Long Row which is now the famous Waterloo Square. Hotham’s hope was that people would come and rent these houses for the summer season, which they did. The first open season at Bognor was 1791 and the wealthy flocked there.

Hotham’s ambitious builds didn’t stop there, however. He seemed to have money to burn. So, in the early 1790’s Hotham built houses in what is now Upper Bognor Road. They included the Dome, where he hoped very much that Royalty would come and stay. He also built the well-known Hotham Park House for himself. By 1792 it was ready and became known as Chapel House. Fitzfleet house was also built in the 1790’s. By the time of his death in 1799 Hotham had built 30 houses as well as numerous other buildings and to do so he had even created his own brickyards and made his own cement. He was certainly dedicated to his cause!

Unfortunately, despite his many efforts, Bognor was not the popular resort Hotham had hoped it would be. In those days, it was essential to persuade a prominent royal to visit your resort if you wished it to be a success. Prince George visited in 1796 for a month but only to be with his mistress and Princess Charlotte, daughter of George lll did come to Bognor for the summer between 1808 and 1811. Even Queen Victoria came to stay in Bognor several times throughout her childhood in the 1820’s and stated that she had happy memories of the place. Wherever the royals went, it was common for crowds of other wealthy people to follow.

After Hotham’s death, wealthy people continued to visit Bognor and between 1799 and 1804 a handful of new houses were built. The continued to grow at a slow and steady pace. In 1817 a school was built for girls who were too poor to get an education on their own. Jubilee School taught around 50 girls skills such as reading and sewing which were vital skills in those days.

In 1818 Bedford Street was built and two years later the little town really began to grow more rapidly. Russell Place in the High Street was built in 1822, as was Sussex Hotel. Claremont Hotel in West Street was built in 1826 which encouraged even more visitors to the area. Unfortunately, the first hotel ever built by Hotham was burned down in 1826 but it was soon replaced by the Norfolk Hotel in 1829. The popularity of bathing in the seawater encouraged the construction of a another bathhouse in 1824, built in Steyne Street, where people could bathe in warm seawater.

Landsdowne Place was built in the 1820’s and then in 1821 Daniel Wonham built a chapel that was dedicated to St John. In 1837 Assembly Rooms were built for things like playing cards and dancing at balls, catering to the entertainment needs of the visitors. To keep crime under control, a lock-up was built in Bedford Street. The famous poet William Blake lived in Felpham between 1800 and 1803.

In 1822 a body of men called Improvement Commissioners was formed in Bognor. They had the power to pave the streets and remove any obstructions. They would also appoint a ‘scavenger’ who came once a week with a cart and rang a bell to collect rubbish. This helped maintain a good quality of hygiene throughout Bognor. The Commissioners were also empowered to run a market. This market had all of 20 stalls and was held in a purpose-built building in Market Street. Despite everything, by 1831 Bognor still had a population of only 1,300.

The population of Bognor didn’t really begin to climb until the railway reached Bognor in 1864. This encouraged many more visitors to come and explore the area as it was now far more accessible. In the 1840’s Marine Parade was built and by the 1850’s it was said the High Street was Bognor’s first ‘real’ street. In other words, it was the first fully built street with no gaps between the buildings. However, Bognor was still rather dull and was a quiet little place with little happening there.

From the time of the First World War, as with so many places affected, everything began to change. The villages of Felpham and Middleton began to grow rapidly. After 1918 houses were being built along the coast and in 1921 Captain Caldicott began to build houses along Sea Lane.

By 1919 Bognor had obtained its first hospital. The War Memorial hospital opened in Chichester Road and in 1920 the War Memorial was erected. By 1933 the boundaries of Bognor were being extended and by 1938 Bognor had a population of over 18,000. Due to the continuous growth in the central area, more houses were built and a Town Hall was added in 1930. In 1929 George V stayed at Craigwell house while he was recovering from an illness. After he left, the council applied for permission to add Regis to the towns name. Permission was granted; hence Bognor Regis is named as we know it today.

During the Second World War about 3,000 homes were damaged and 58 were destroyed by the unforgiving German bombing. As well as damaged houses, there were numerous casualties with 33 people killed and 251 injured. Slum clearance took place in Bognor in the 1960’s and a survey showed that at least 364 houses in the urban district had no bathrooms and 413 had no inside toilets. This was raised as a problem that needed to be rectified.

During the 1960’s and 1970’s Bognor Regis suffered a decline. One reason for this may have been the decline of the traditional seaside holiday which had been replaced to holidays abroad, thanks to advances made in travel. As a result, Bognor Regis changed dramatically in the late 20th century from being a rather dull but genteel town into one suffering from poverty and other related ills. In 2000 average earnings in Bognor were 10% lower than in the rest of Southeast England.

Today, the population of Bognor has grown to around 60,000. It is a popular tourist destination with so much to offer! From bustling shops and entertainment complexes, to accommodating hotels and restaurants, Bognor Regis is a historical town not to be missed!

Have you ever been to Bognor Regis? Let us know in the comments below!